Technical knowledge, customer service, and a local presence have been vital ingredients for providing an effective fire-fighting system for a major storage tank terminal in the Netherlands

As a result of close co-operation between manufacturer, distributor and client, a fire-water main replacement project at a major storage tank terminal in Port of Amsterdam is nearing completion with the installation of 95 butterfly valves and 77 hydrants.

Work on the project began around five years ago, when it was identified that the 40-year-old fire-water main was reaching the end of its life. Since its original installation, new national guidance had been introduced with higher-capacity specifications for a fire-fighting system: PGS29 Bovengrondse opslag van brandbare vloeistoffen in vertical cilindrische tanks (Above-ground storage of flammable liquids in vertical cylindrical tanks). Under the new guidance, the existing water main was deemed too small for the risk posed by a fire in the recently-expanded storage-tank facility.

The project involved three fire loops with a total length of 5.5km, protecting three areas in the terminal using either water from a fire-fighting water tank or marine water taken directly from the Port of Amsterdam. To ensure a smooth supply, the terminal operator decided to purchase the materials directly and issued two tenders in 2016, one for piping and one for hydrants and valves. The latter was won by Saint-Gobain PAM Nederland and Mueller Co in November the same year.

An order for 77 hydrants and 95 butterfly valves is considered significant in European terms, where new installation projects are few and far between when compared to growth areas such as the Middle East. “In Europe, most projects are upgrades, refurbishments, or expansion of existing sites,” explains Ranjit Kanvinde, regional sales manager (Europe) for hydrant/valve manufacturer Mueller Co. “We are noticing a fair degree of focus on tank storage facilities, as countries with large reserves of natural resources look to grow. Also, possibly as a result of changing global trade relations, people are building on what storage they already have in case it is a strategic need.”

The hydrant model selected was the three-way, FM-approved and UL-listed Mueller Super Centurion 250 hydrant with a 250psig (17Barg) maximum working pressure. Also selected was the Pratt PIVA butterfly valve (10-inch/DN250 and 16-inch/ DN400), a manually-operated, buried valve with a torque spring that maintains an open position if the valve indicator is damaged.

Mueller worked closely with its distributor in the Netherlands, Saint-Gobain PAM Nederland, to fulfil the order. As well as working with the contractor carrying out the installation, the distributor dealt directly with the client: “It’s preferable to have a contract with the final asset owner,” says Esther Lindeman, sales and marketing manager at SaintGobain. A direct relationship with the specialist design team contracted to oversee the project ensures quick decisionmaking and effective project management: “Otherwise, the risk is that the hydrants and valves are delivered too late, which would impact not only on the actual installation company’s time but also on the specialist design team contracted to oversee the project. And these types of teams tend to move from one project to another very quickly.”

In the Netherlands, adds Lindeman, dealing directly with the client is common. “We are a small country and it is relatively easy to travel to wherever the client is based. In this case, that is only 50km from our headquarters in Almere.” Delivery of a first shipment consisting of 30 hydrants was scheduled for the end of December 2016, which meant the manufacturer was under pressure to deliver. However, Mueller Co managed to turn them around in four weeks, even with Christmas in the way. The balance of the hydrants were delivered at the end of January 2017. The butterfly valves followed in another four shipments over the course of the following months, between February and May last year. 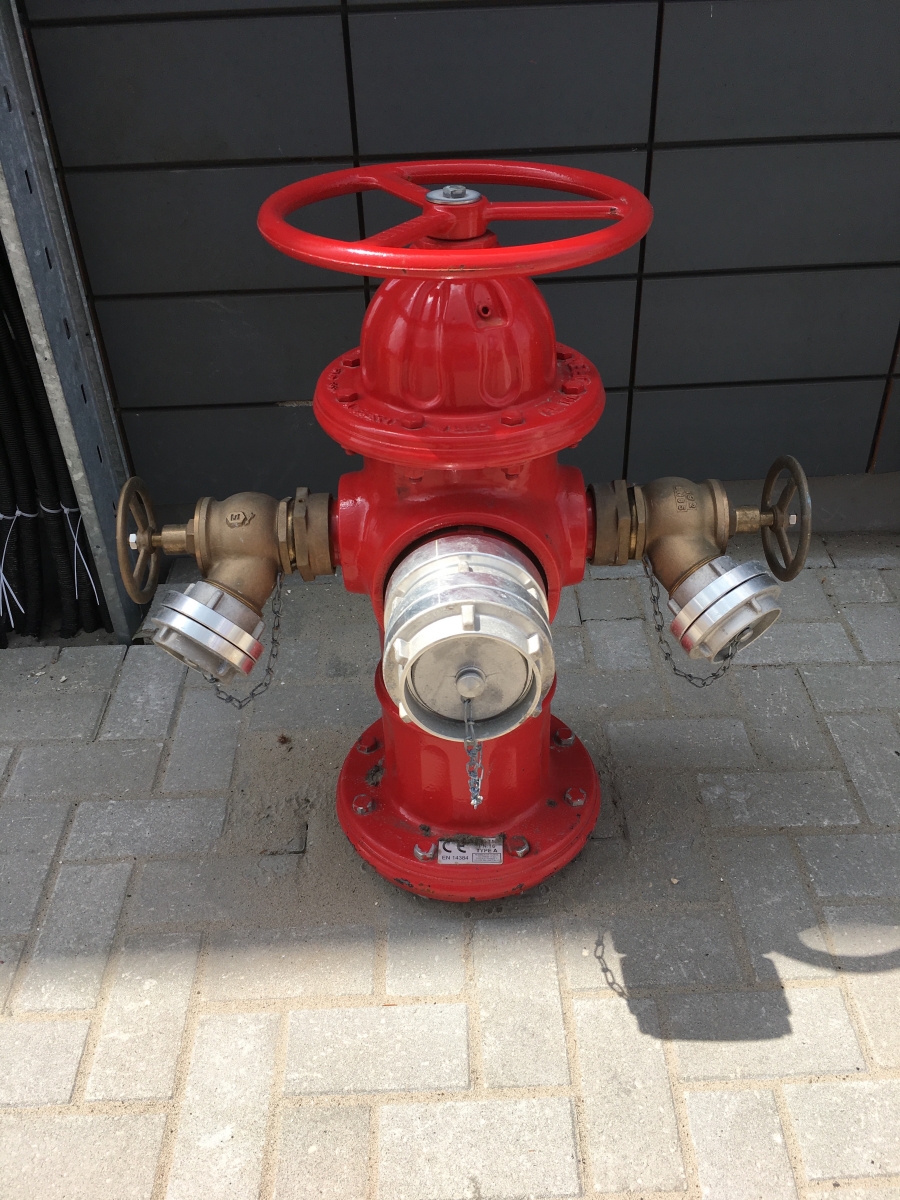 One of the main challenges was dealing with the documentation requirements of the client. As well as technical drawings and relevant FM approval certificates, these included full audit trails of all communications as well as weekly progress reports on delivery schedules. “This is not unusual, of course, but often the reporting and documentation side is more onerous than the delivery of the product,” says Kanvinde.

As the hydrants and valves were initially warehoused at SaintGobain’s facilities, the equipment was delivered to site as required by the contractor. “From our perspective, SaintGobain added a lot of value to this project by giving the client the flexibility and peace of mind that the equipment was in the country ready for installation,” says Kanvinde. 'As they were in the country, they were also at hand to solve any local issues.” “It was a partnership,” says Lindeman. “We really needed Mueller for the technical knowledge of the products, because it’s not just a matter of sending product to the client, but everything around it.”

The first two fire-water mains have been installed and are now operational. Complicating factors included the large amount of pipeline running under the ground. Constraints included the lack of working space as well as the fact that the existing fire-water main had to remain operational during the installation of the new loops. “We are into the snagging now, and sitting with all the relevant parties to ensure everything is finished as the client wants it,” says Kanvinde. Lindeman adds that conversations are also turning towards future maintenance requirements. “Although the system won’t need a lot of maintenance we do need to offer some spare parts, or at least point out which parts may be needed in the future, so that we can sort out the possibility of stocking them.” The final stage of the project was expected to be complete by the end of August 2018.