Infrastructure continues to be a critical issue impacting the U.S. economy, society, security and future on both a local and national level. In the state of New Jersey, the situation is no different.

“At New Jersey American Water, our goal is to provide safe, reliable water service to all of our customers,” says Deborah Degillio, president of New Jersey American Water. “From source to tap, our team of professionals continuously monitor and work hard to maintain our facilities to ensure they operate efficiently, meet all regulatory standards and deliver the best quality water. Investment now helps sustain our current operations while ensuring resiliency for the future – all for the benefit the benefit of our customers.”

New Jersey American Water’s team of experts continuously monitor, maintain and upgrade facilities to ensure that they operate efficiently and meet all regulatory standards. In 2018 alone, the utility invested more than $330 million on system upgrades and improvement projects. Of that, more than $102 million was spent to rehabilitate or replace more than 67 miles of water mains. Additionally, the utility invested more than $2 million in leak detection equipment in 2018 to further enhance its teams’ ability to respond to leaks and breaks. The investor-owned utility also replaced 1,029 fire hydrants and 1,475 valves across the state, an approximately $13 million investment; replaced 11,600 services lines, an investment totaling approximately $15.2 million; and rehabilitated six water tanks, an investment totaling approximately $4 million.

While the utility’s large annual investments include improvements to water plants and tanks, a significant portion of the investment goes toward upgrading underground water mains, of which it has more than 8,500 miles.

Even the smallest leak in a drinking water system can cause the loss of thousands of gallons of water each month. To find and address leaks quickly and efficiently, New Jersey American Water relies on innovative leak detection technology to enhance its monitoring and early detection efforts. 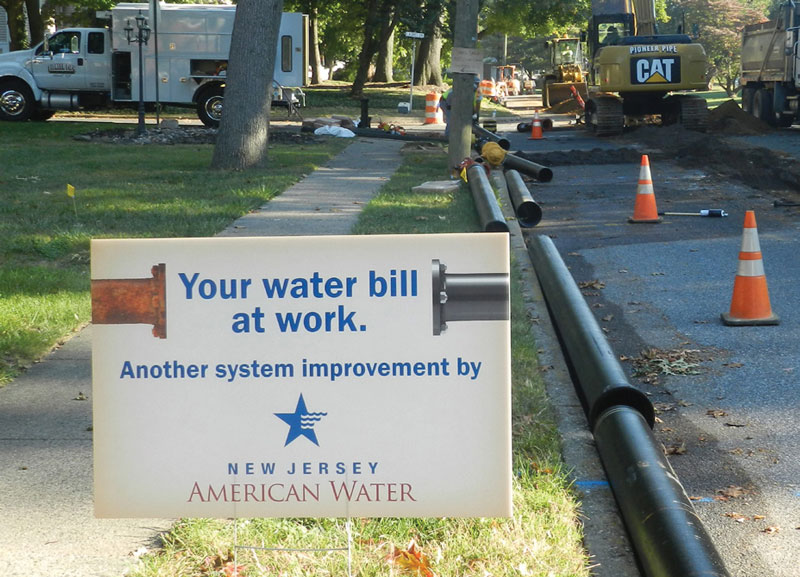 Utility engineers use a sophisticated computer model that first assesses and then fairly “ranks” mains based on more than a dozen variables in order to help them prioritize rehabilitation or replacement decisions. The utility’s geographic information system (GIS) team continually performs this analysis on all water mains, and, in turn, provides New Jersey American Water’s engineers and operators with interactive maps available within an online project planning tool.

Since 2016, New Jersey American Water’s operations and engineering teams have used  EchoShore-DX, an acoustic monitoring technology from Echologics, a Mueller Technologies company, to help find and fix leaks before they lead to main breaks, prioritize repairs and, ultimately, reduce water loss. The acoustic technology can be used in the field in a non-invasive way, helping utility staff locate leaks with great accuracy without having to unearth the ground or insert tools into the water system.

“One of the challenges we face is how to reduce non-revenue water, which is water that has been treated but is lost in the distribution system before reaching its intended destination,” says Don Shields, vice president and director of engineering for New Jersey American Water. “With Echologics’ technology, we have been able to reduce the amount of non-revenue water by detecting active leaks and prioritizing repairs before they became significant issues, ensuring that we are able to meet our commitments to our customers.”

Echologics’ leak detection technology incorporates the use of acoustic monitors, which are installed on fire hydrants throughout the system. The sensors then record data, including throughout the night, while listening for sounds of potential leaks. That data is then uploaded to a cloud-based user interface where it can be analyzed by utility staff to identify points of interest.

“Through monitoring that data, we can potentially identify consistent sounds that could be a leak and then investigate,” says Ron Oppenheimer, project manager for water loss management at New Jersey American Water. “I’m looking for consistency of a sound or abnormality in the system that could be an indication of a point of interest or a potential leak in the field. The beauty of this technology is that it actually provides a location or a point to start an investigation.

“Just in 2018, we’ve located over 128 leaks with an estimated flow of 2,341 GPM, the majority of which were not surfacing and would probably still be running had they not been located,” Oppenheimer adds. 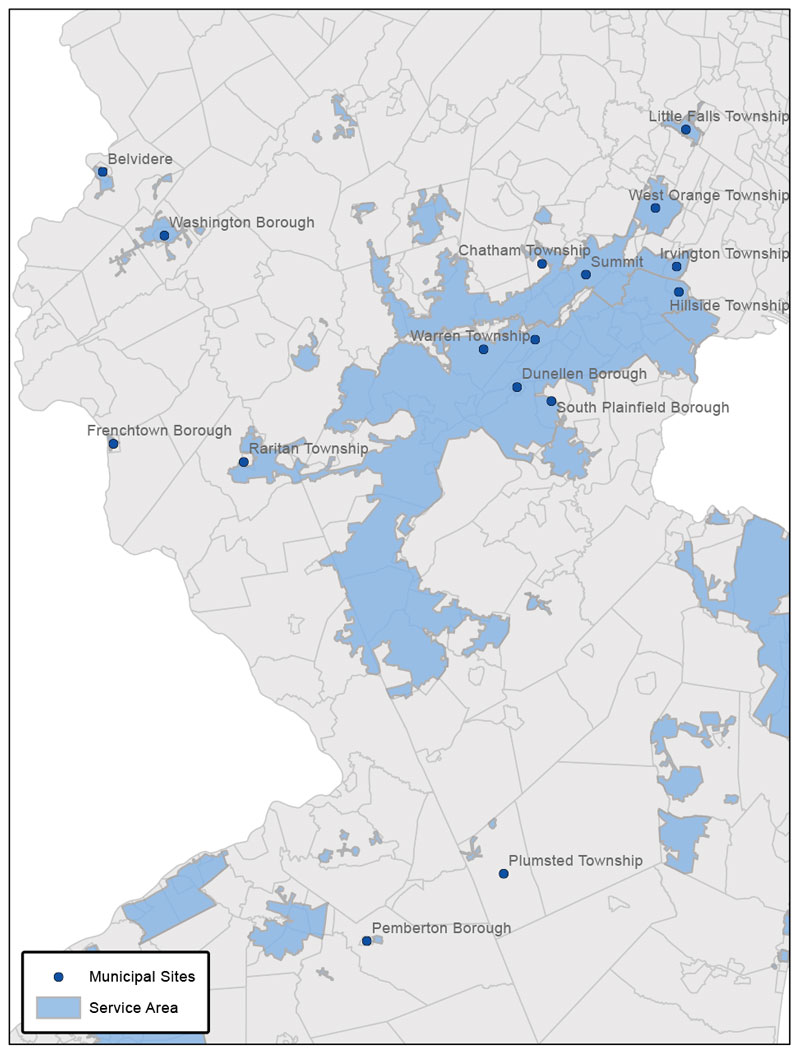 Initially, New Jersey American Water selected five specific water networks – Belvidere, Irvington, New Egypt, Washington and Frenchtown – throughout the state to test and implement the Echologics technology. The selection of these networks was based on environmental, economic and social project drivers. Installation of the leak detection technology was completed in March 2016.

Since implementation, New Jersey American Water has gathered two years of data to analyze the effectiveness, efficiency and savings the Echologics technology has brought to overall operations. Here are some of the results:

First Locate, Then Fix or Replace

Once a leak is detected, New Jersey American Water will either repair or replace water pipelines that have reached the end of their useful life.

According to Russell Titus, senior superintendent at New Jersey American Water, prior to beginning the program using EchoShore-DX, the utility had performed traditional leak detection, going point-to-point, listening for leaks on services, hydrants and valves. The more labor-intensive approach required, on average, two to three years to perform leak detection on the entire system. Now with its new strategic approach of deploying the acoustic sensors throughout the system, the utility can prioritize areas where there is a high incidence of main breaks and areas where pipe has historically been weakest. Titus says the program has allowed New Jersey American water to reduce the impact to customers and fix leaks on a more scheduled basis.

“Also, we’re able to reduce our production of potable water,” he says. “Right now, we are saving, in production terms, approximately 2 million gallons a day. We are able to decrease our system delivery because we have less leakage in our system.”

Titus adds that the next step is to expand the program and to continue to identify other areas across the State of New Jersey where the approach will also be beneficial to customers.

In 2018, New Jersey American Water was recognized by the New Jersey Department of Environmental Protection (DEP) as one of its recipients of the annual Governor’s Environmental Excellence Awards, which recognize individuals, organizations and companies leading outstanding environmental initiatives, programs and projects around the state. New Jersey American Water was named an award recipient in the category of innovative technology – recognizing the company’s efforts in creating viable, innovative solutions for controlling water loss.

“Our leak detection efforts are a large part of the work we do ensure conservation and the efficient use of our most precious resource for our 2.7 million customers. Our teams – from water quality to plant operations and distribution professionals – are constantly working to find creative ways to utilize technology in order to provide quality service for our customers while keeping costs low,” says Degillio.

“As a direct result of working in partnership with our leak management technology provider, we have not only created solutions to reduce water loss for those in New Jersey, but can also serve as a model to other water providers across the nation.”

Click here to view the article in Water Finance & Management